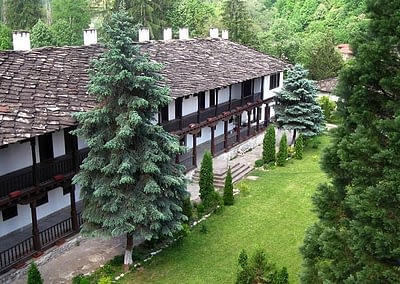 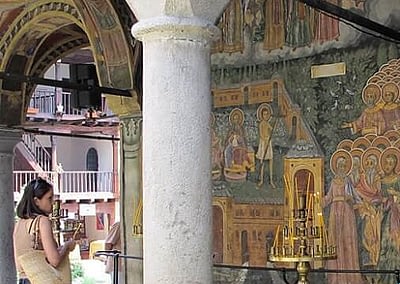 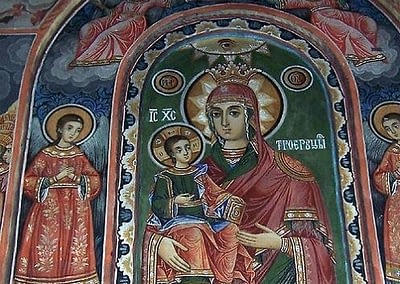 Some of this 16th-century monastery survived numerous attacks by the Turks between the 16th and 18th centuries, but most of today’s monastery dates to 1835. All of the striking murals inside the Church of the Holy Virgin were painted in the 1840s by Zahari Zograf. The church is poorly lit, so it’s hard to see the detail of the frescoes inside, though they are slowly being restored. Zograf’s finest frescoes, however, are outside on the back wall. They depict Judgment Day, the apocalypse and hell, including a seven-headed fire-breathing dragon and demonic torture of sinners.

The monastery’s also renowned for its hand-carved wood altar and iconostasis, crafted in the mid-19th century by Tryavna woodcarvers. The highlight for most, though, is the legendary Three-Handed Holy Virgin, only seen in public during the annual monastery celebrations on Virgin Mary’s Day (15 August).

The 19th-century revolutionary leader, Vasil Levski, formed and trained insurgents here, and urged the monks themselves to fight the Turks in 1876. This history is highlighted in the small 3rd-floor museum. The door is usually locked, but the reception office staff can open it.